Biography Engels: Peter-Jan Wagemans (1952) is among the most important composers of the Netherlands. He can be regarded as the counterpart of his more famous colleague Louis Andriessen. Whereas Andriessen however is focused largely on American music, Wagemans is an outspoken European artist whose aim is to develop en renew the European tradition. This brings him in conflict with both the avant-garde and the minimalist styles in the Netherlands. Wagemans does not see himself as a traditionalist. Further development of the musical heritage is his goal, but to be successful, all aspects, both of structural, emotional and communicative nature has to be in balance. To be able to free himself from the serial method Wagemans developed in an early stage of his career an alternative method of working. In the upper layer of his music he created a narrative line, which bears some resemblance to the synopsis of a film. ‘Music tells a story, like all time-art forms’ Wagemans says. In the lower layer we find structure and archetype, which together form the abstract sound movement and expressiveness of a composition. This lower layer is found in improvisation at the piano, in a constant shift between ratio an intuition. This way of working results, fi. In the case of the giant Seventh Symphony (1999) in music which has a very direct communication with the listener, which has a very spontaneous, almost improvisional character, and on a structural level everything is calculated to the last detail. Wagemans studied Organ, Composition and Theory of Music at the Royal Conservatory in The Hague, and studied also some time in Freiburg with Klaus Huber. His music has been played in several music festivals like Donaueschingen (Muziek II conducted by Ernest Bour) Royan, Warschau, Venice, Klagenfurt and Prague In the last 10 years he is played by almost all orchestras and important music groups in the Netherlands, like The Royal Concertgebouw Orchestra under Ricardo Chailly (the Orchestra recently commissioned a new orchestral piece) and Mariss Jansons, The Residentie Orchestra (which premiered his Seventh Symphony under Reinbert de Leeuw) The Rotterdam Philharmonic and the Dutch Radio Orchestras. He also composed works for the Schönberg Ensemble, Volharding, the DoelenEnsemble and a large pianocycle for the famous pianist Tomoko Mukaijama. (Het Landschap, the landscape) In Februari 2011 his full scale opera Legende (Legend) was premièred with great succes in Amsterdam. The concertant première of this large work was in 2006 under Jaap van Zweden. Furthermore, his work has been played by the symphonie orchestras of Kassel, Freiburg, Genève, Berlin, Dresden en Clairmont-Ferrand. Since Wagemans wanted to make a career, which was solely devoted to development of his music, he never bothered to present himself abroad; so he has become one of the most played composers in the Netherlands but virtually unknown outside his country. Wagemans teaches Composition at the Rotterdam Conservatory and also worked from 2000-2006 as the programmer of Holland Symfonia Orchestra (Amsterdam/Haarlem) and his precursor, the NPO. Between 1990 and 2012, he was the artistic leader of the Doelen Ensemble, a Rotterdam based ensemble for contemporary music 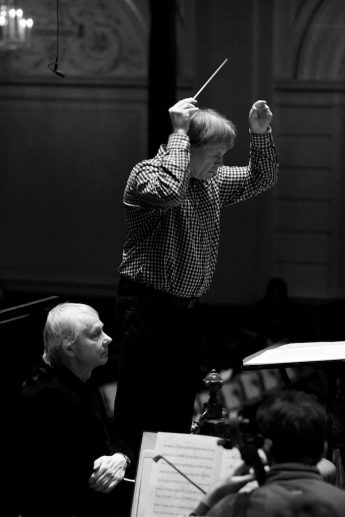 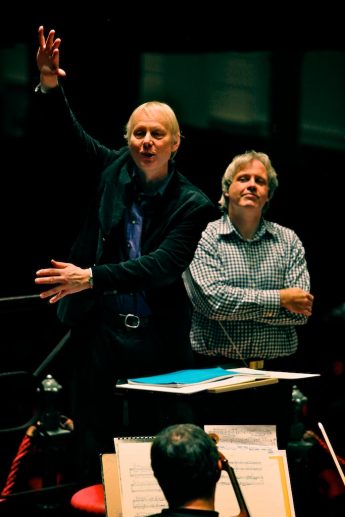 Listen to all music

There are no concerts scheduled